Today is the appearance day of Sri Madhvacharya. Madhvacharya (acarya means “one who teaches by his life”) lived in thirteenth-century India and appeared in the Brahma-Madhva – Gaudiya-Vaisnava-Sampradaya—the disciplic chain now represented by His Divine Grace A.C. Bhaktivedanta Swami Prabhupada. In this long disciplic chain of pure teachers, Madhvacharya is a most important link.  The Gaudiya Vaishnava sampradaya originates with the Madhvas. Shri Chaitanya Mahaprabhu and His followers thoroughly studied Madhva’s works before compiling their philosophy. For the Sat Sandarbhas Shri Jiva Goswami drew heavily from Madhva’s writings. Jiva Goswami found ‘the Gaudiya philosophy of acintya-bheda-abheda tattva in Madhva’s Bhagavat-parya. Shri Chaitanya Himself visited Udupi, the seat of Madhva’s sect. The Lord introduced Hari Nama sankirtana into their sect.

(1) Bhagavan Shri Krishna alone is the Supreme Absolute Truth, one without a second.

(2) He is the object of knowledge in all the Vedas.

(4) The differences between Ishvara (God), Jiva (soul) and Matter are real.

(5) Jiva souls are by nature the servants of the Supreme Lord Hari.

(6) There are two categories of jivas; liberated and illusioned.

(7) Liberation (moksha) means attainmg the lotus feet of Bhagavan Krishna, in other words, entering an eternal relationship of service to the Supreme Lord.

(8) Pure devotional service to Krishna is the only way to attain this liberation.

(9) The truth may be known by pratyaksha (direct perception), anuman (inference or logic), sabda (spiritual sound or Vedic authority.

Here is a short life history and some pastimes of Sri Madhvacharya.

Madhvacharya took his birth in a brahmana (priestly) family at Udupi, a South Indian town on the Arabian Sea. There are some amazing stories surrounding Madhva’s early life. It is said that his father piled up many debts and that to pay them off, Madhva converted tamarind seeds into coins. It is also said that near Madhva’s house a demon named Maniman lived in the form of a snake. Madhva killed him with the big toe of his left foot. We are further told that whenever Madhva’s mother was feeling anxious, he would come before her in one jump—from wherever he happened to be playing.

Even as a young boy Madhva was renowned as a scholar. When he was only five he received spiritual initiation, and when he was twelve he accepted sannyasa,the most renounced order of spiritual life. At that tender age Madhva gave up all family ties to travel the length and breadth of India in quest of spiritual knowledge.

In the course of his travels, Madhva visited Badarikashrama, a place of pilgrimage high in the Himalayas. There he met the great sage Srila Vyasadeva—Lord Krishna’s literary incarnation and the author of the Vedic literatures. By studying under Srila Vyasadeva, Madhva grew even greater in his scholarship.

After coming down from the Himalayas, Madhva, at last, returned to his birthplace, Udupi. Once, when he was sitting at the seashore and meditating on Lord Krishna, Madhva saw a huge merchant ship in danger and signaled the crew safely to shore. Since the boat’s owners wanted to reward him, Madhva agreed to accept a chunk of gopi-candana, clay from Krishna’s land of Vrindavana. As the crew members were bringing the big chunk before him, it broke apart and revealed a Deity form of Lord Krishna, with a stick in one hand and a lump of food in the other. At that moment Madhva composed a beautiful prayer to express his gratitude. Although the Deity was so heavy that not even thirty ordinary people could lift Him, Madhva carried Him back into town all alone. The people of Udupi still worship Krishna Deity in the way Madhva was established.

Madhva showed his overwhelming physical and spiritual strength on still other occasions. While he was walking on the road a band of thugs attacked him, but he killed them all. Another time a tiger attacked Madhva’s companion Satya Tirtha, but Madhva pulled the fierce animal off with his bare hands. People began to say his strength had no limit.

Madhvacharya’s learning and devotion to Krishna were famous throughout India. His life’s mission was to defeat the views of the impersonalist philosophers. They say that God’s form is simply an illusion (Maya), and thus they are called Mayavadis. “Even if God was a person in the beginning,” these people say, “He has distributed Himself throughout the creation and thus lost His individual identity.” Madhvacharya smashed this monistic (“all-is-one”) idea with the philosophy of shuddha-dvaita—pure dualism. He proved logically that God is always a person and is always distinct from His creation. As anyone can see, the sun is producing volumes of energy but remains the same sun. Similarly, a tree may produce many fruits, but it remains the same tree. Likewise, Lord Krishna produces the material world, but He Himself remains separate from it—He remains the Supreme Personality of Godhead. Here is the real teaching of the Vedas. Thus, Madhvacharya ‘s teaching is called tattva-vada—tattva means “truth,” and vada means “philosophy.”

The Mayavadis go on to say that the soul’s unique and individual identity is also an illusion—that in the end, the soul will merge into an impersonal light. But Madhvacharya taught that the soul is actually the eternal servant of Krishna and that by practicing bhakti-yoga—devotional service—each of us can return to our original position in the spiritual world. Madhvacharya especially emphasized that even after the individual soul returns to the spiritual world, he and the Supreme Soul, Krishna, retain their separate identities. They do not become “one.” 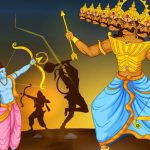 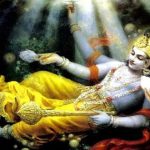