Karva Chauth is where women fast from morning to evening for the safety of their husbands.

The modern feminist considers karva chauth as primitive and an insult to womanhood and therefore it should be boycotted by one and all, especially reasonable and empowering women.

One unique thing about festivals in India is that it is not a order or rule that one have to fast or else one will suffer.

The karva chauth festival is affection and care bound festival instead of dry process to impose and force upon women and legally punish them by state if they fail to do so. The force and imposition happens when states are controlled by religious non sanatani paths.

It’s cultural festival for women to come together and celebrate instead of suffocated.

The women who fast for their husbands do so as positive affirmation, to show their love and affection.

There was no hype in the past as it is today because of media, either by criticizing it or marketing it for promoting the product instead the festival.

It’s an individual choice of a woman to express her togetherness and great binding in a relationship so that the couple can have a lasting stable relationship.

The question may be raised, “ why men are not doing the fast?”

It’s not that men are not fasting for their wives, but their festivals to protect and care for their wives have a different way of expressing. This is another uniqueness.

Putting everybody in same pattern does not make it fair for everyday instead it becomes tasteless and artificial.

Let us allow women to chose and express their caring and loving nature by festival like karava chauth . 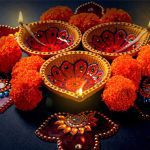