The ability to see divinity in everything can fascinate anyone. During the Dussehra festival, Hindus consciously celebrate this aspect as “Ayudha Puja” by offering respects to every big & small thing that adds meaning to their life – weighing scale, farming instruments, weapons, vehicles, kitchenware and many other utility things.

Unfortunately in many modern spirituality seekers, work is seen as a burden and they are constantly made to feel that it should be given up as early as possible. This attitude disqualifies one from actually utilizing the art of seeing divinity in everything.

In Bhagavad Gita Chapter 3 (Karma Yoga) , Sri Krishna explains this principle very clearly. His point is that all works are prescribed in the Vedas and these Vedas emerge directly from the Supreme.

Sri Krishna also mentions that He has no work to perform but even He himself performs manifold tasks and if He does not perform His duty, the whole world will be put in ruination. Therefore I think Pandavas did the “Ayudha Puja – worship of the weapons” knowing the sacredness of these weapons in protecting dharma.

Our great Rishis, for the benefit of ordinary people conceived the idea of actually worshiping everything that adds value in day-to-day life. So that the divinity is perceived in everything.

One shepherd told me that they are taught for many generations to see Lakshmi in their sheeps or goats. It was fascinating that by surrounding they were goat-herds yet surrounded by divinity.

I once saw a farmer who was about to climb a coconut tree but before that he paid obeisances to that tree. He saw the raised eyebrows of mine out of pleasant surprise, he said, “Anna after all it’s Kalpavriksha, gives everything what we practically need.”

I came across one more incident of a blacksmith worshiping his fire as if it is a yagna, before beginning his work.

You can see millions of Indians do this seamlessly without making any propaganda. But there are so called liberal people who can think everything from only utility principle and develop the attitude of use and throw, including relationships. It is difficult for them to see divinity in everything. But we will continue to follow our Rishis and come to the level of those simple farmers, goat-herds and blacksmiths who seamlessly see divinity in their work on a daily basis. 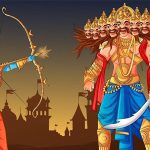 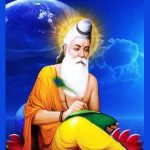