Do you blame others for your emotional pain? – Concluding Part

One day during a light-hearted conversation with Rajesh, my old saintly and joyful ashram friend, I was surprised by his confession: he was unable to forgive his senior leader for insulting him in front of over a hundred people. I was shocked when I discovered that the incident happened over fifteen years ago during a day-long seminar. I realized the scolding still haunts him and often fantasizes revenge. That’s when I realized his beatific smiles were misleading; he needs help.
I asked him what positive things he could do if the event were to happen again. We discussed a few possibilities like humbly protesting right when it happened, or quietly leaving the hall as a mark of disapproval of his behavior; and even confronting the superior two days later and expressing to him how the insult hurts me. Between the two of us, we replayed the event where he did what we had agreed on was the acceptable and positive thing to do. He confessed he now felt empowered. He could change the course of his future because he still had control over his present choice of thoughts and actions.

Blaming others is tempting because it helps us avoid take charge of our situation. This has its share of deadly consequences. We drift away from the truth and thereby intensify our emotional pain. The fact is: the present moment is your reality, and nobody can take it away from you. And all of your past mistakes and tragedies cannot undermine your future. It’s the now that you can control and the more authentic you are in the present, and the
the more you own up for your mistakes and take charge of your life, you’d likely feel more empowered and peaceful today and tomorrow.

On the surface, blame absolves you of guilt. But when you think deeply you realize blaming others is an iron shackle that heavily curtails your freedom . As Sigmund Freud rightly observed that most people do not want freedom because freedom involves responsibility, and they are frightened of taking responsibility. Let’s, therefore, choose to serenely accept what has happened and make the right choice now of a blameless and responsible life! Remember it’s responsibility, not blame that brings emotional freedom! 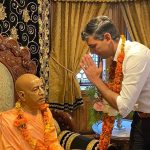