Many skills are inbuilt. Some are born with those skills due to the influence of past karma. Expertise and mastery comes with skill practice with patience.

Ashwathama was impatient, unlike Arjuna. He wanted Drona his father to give him weapons just because he was Drona’s son, but that was an insufficient qualification. But he insisted out of impatience. Karna also asked his teacher to give him the brahmastra.

Drona refused to give knowledge of the brahmastra to his son and Karna because they were impatient and not qualified to receive it. Their passion to get it made them lose their patience and honesty.  Ashwathama insisted and blackmailed his father, and Karna went to Parashurama and disguised himself as a brahmana. The consequences that followed were terrible. Karna was cursed when his education was almost complete. Parashurama cursed him for the lie and told him that he would forget the astra when he needed it the most. Ashwathama was cursed for using it against Parikshita the only heir to the kingdom of the Pandavas. Sri Krishna cursed him to suffer for three thousand years.
Arjuna who was most qualified to use it never used it, rather he used it to counteract the weapon released by Ashwathama and was able to retract it when Vyasa and Narada requested him. Arjuna was glorified by Vyasa and Ashwathama was condemned for misusing and causing such destruction.

Skill is good, but patience and the right attitude is a special grace of God and our superiors. 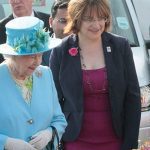 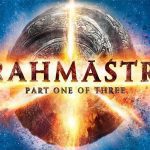