The departure of British royalty Queen Elizabeth is world news. She ruled the throne for, over seventy years, longer than any other Monarch in British history.

As a Bharatiya, we do wish the departed soul to be progressing towards higher destination. It does not matter who departs, they deserve respect, prayers and an honorable ceremony for onward journey.

In the Ramayana after the departure of Ravana, Sri Rama mourned along with Vibhishana and consoled Vibhishana but without forgetting the act of Ravana.

Students of History cannot forget the atrocity of the British empire against Bharat and it was directed by none other than the British empire and the queen was very much part of it. However, her departure is to feel sorry for her but no sorry ever for the wrong, the empire has done.

One of the strange things is that the British empire tried to establish democracy everywhere, bringing down all royal orders but in their own country even when British royalty may not be ruling the country still they have a strong influence on British administration and British people. Their legacy has to live yet they have destroyed many many legacies of different nations.

Sure enough, she must have done great pious activities to be born in royalty but will the British empire do some mourning and prayascitta in name of the departed soul by giving back what they stole, looted or tricked from the particular nation. If not everything but at least some part of it. 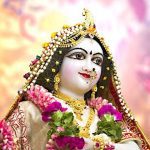 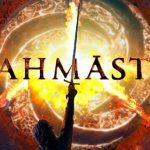