Clashing for survival is the instinct of every living being, be it human, nonhuman or bacteria.

But when clashes take place amongst those who have abundant resources, but want some specific position and power, it gives rise to organized war.

Kauravas and Pandavas had plenty; to live and let others live for many generations.  But it was one of the most gruesome battles ever, when people with plenty clashed for some specific needs and desires. Unfortunately, the need of the Pandavas and the desire of the Kurus were the same, the kingship of Hastinspura.

As for Yudhisthira, it was ordained, by destiny, by the rule of Manu and by his own qualification that he had to perform the duty of being the king of Hastinapura. As for Duryodhana, he could have remained a regent prince under Yudhisthira, and cooperatively lived happily and become as famous as Yudhisthira, without the tag of being a king. Just like Bhishma and Vidura, who were very influential, famous and well respected by one and all, and forever.

But Duryodhana was bound by specific desires, for the grant of which he was neither entitled nor qualified, while the same was forcefully awarded to Yudhisthira by the very dint of his duty, even if it meant an ugly war with Duryodhana.  Although Yudhsthira was willing to live with a mere five villages, the Lord of everything including destiny, Krishna,  steered the course of action for Pandavas by making them face the realities of their life that they were bound by Duty, which eventually made them free of their reaction. Not engaging in one’s duty under the pretext of practicing higher principles of life, i.e. giving up all attachment including one’s duty may sound very profound, but it’s not beneficial for the future legacy.  The Pandavas’ freedom was to be bound by duty, which meant to fight with their very cousin Duryodhana, a person who was bound by desires.
Thus, the war was a clash between the duty-bound and the desire-bound. Duty bound people have to perform on all levels. Later, Yudhishthira did reach a stage where he displayed the ability to be freed from his duty of being a king, but, at the right time, not with an external war, but an internal stability, and he went on to the next level of duty, which was to proceed towards the Himalayas to become ready to cast off his body with complete satisfaction . His brothers followed suit.  This was quite unlike Duryodhana, who was desire bound. He died a miserable death, not only on the physical level, but also on the emotional and spiritual level.

Are we desire bound or duty bound? There’s a war within! Let’s decide from which side of the army we want to fight. We are bound either way, but we have the power to free ourselves on one hand and to be bound further, on the other

Books based on Mahabharat, the Epic Spoken by Srila Vyasadev & Penned Down by Sri Ganesha 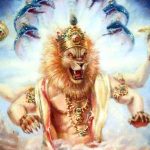 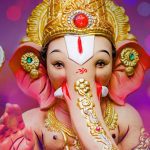